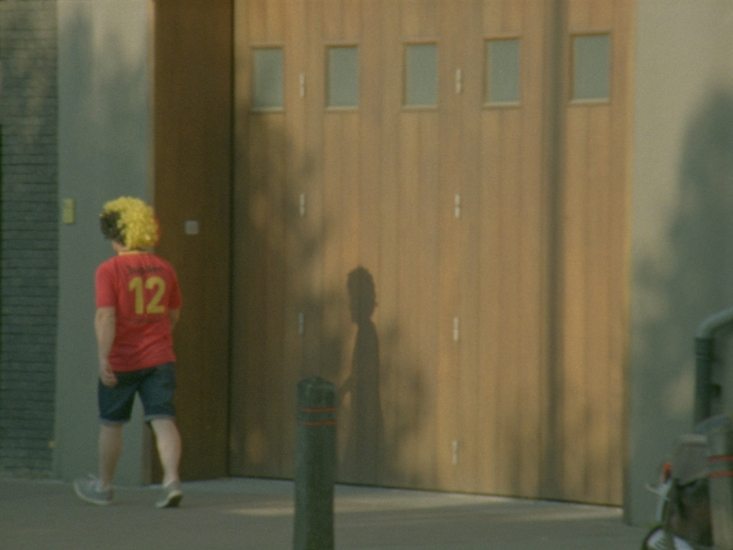 “For Now, I Play Along” was filmed during the public live football screenings of the Red Devils playing against the national team of Brazil, France and England for the World Cup 2018 in Russia. Interacting with the fleeting moment of collective excitement and spectatorship, the film captures and materializes these moments already past.

Big screens, slow-motion shots, close-ups and athletes are the spectacular subject of watching moving images, however the ‘simple’ gesture of looking itself is captured. In this gesture of looking, spectator and filmmaker coincide, and play along.

With the support of LABO Bxl and Studio Start